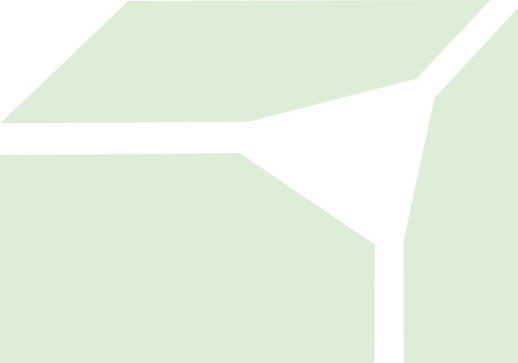 As revealed in October this year, the partners are working together to commercialise cubic GaN epitaxy for the manufacture of high efficiency green and amber LEDs.

The move comes at a time when green LED efficiency figures significantly trail those of blue LEDs, despite industry players’ efforts worldwide to close the so-called green gap.

“Closing the green gap is a long-standing issue that has been a perennial challenge for LED manufacturers and hasn’t been solved yet,” says Kubos CEO, Caroline O’Brien. “But we’ll soon be coming to market with a solution that is commercially viable, and we expect this will be received extremely well.”

To date, hexagonal GaN crystals have been widely used to fabricate blue LEDs, but achieving efficient operation in green devices is a problem. Large polarization fields in the active regions of these longer-wavelength structures reduce radiative recombination rates and limit LED efficiency.

But Kubos could have an answer. The company’s process is based on growing cubic GaN on 3C (cubic) SiC on silicon substrates. Unlike hexagonal GaN, cubic GaN is electric-field free, removing polarisation issues and opening the door to the design of efficient LEDs.

The epitaxy process for 3C SiC on silicon was pioneered by Warwick University spin-out, Anvil Semiconductors. Anvil has carefully guarded its IP, but around eight years ago, it started honing a process to grow 3C SiC on silicon wafers for SiC Power devices, overcoming the associated mismatches in the different materials’ lattice parameters and thermal expansion coefficients.

With device-quality layers in hand, the company partnered with Cambridge University some five years ago to grow cubic GaN on the cubic SiC on Si templates. Success ensued, the partners produced the world’s first 150 mm wafer with 100% cubic GaN grown on it, and Kubos was launched with an exclusive licence to commercialise this IP and deliver efficient green and amber LEDs.

“Importantly, we have multiple MOCVD tool platforms which enable cost effective development to be performed on smaller diameters before scaling to the larger 200mm wafers.”

“The availability of an Aixtron G5+ reactor means the [Kubos] process could be commercialised on up to 200 mm substrates,” he adds. “Demonstration of Kubos technology on industry standard MOCVD tools that are globally available facilitates scale-up and therefore reduces time to market.”

According to O’Brien, Kubos has already demonstrated that cubic GaN can be grown on 150 mm 3C SiC on silicon wafers, and asserts that as 200mm SiC on Si wafers become available the cubic GaN growth can also be scaled.

“There are no limitations to scaling this to 200mm wafers or even larger wafer sizes,” she says. “We really have been working to ensure scalability so that the technology is compatible with large volume manufacturing and is commercially viable.”

Cost-wise, neither O’Brien or Harper see any stumbling blocks. O’Brien believes that so far there is nothing to suggest that an LED manufacturer couldn’t adopt the process in a cost efficient and highly manufacturable way.

As Harper says: “The fact that this can be scaled to 200 mm wafers offers further cost reductions beyond 150mm wafers.”

“We can also offer this on multi-wafer MOCVD platforms, such as the Aixtron G5+, and process batches of 5 x 200mm wafers or 8 x 150mm wafers simultaneously, which could provide a significantly lower wafer cost than single wafer tools,” he adds. “Once the technology is in place we can expect further cost reduction driven by economies of scale and optimisation of operational efficiencies.”

Key applications include micro-LEDs for display markets as well as automotive and conventional LED lighting markets. With this in mind, Kubos and partners are working on raising the efficiencies of the green LEDs that will be fabricated via its process.

As O’Brien points out, back in 2017, the US Department of Energy set an ambitious Internal Quantum Efficiency (IQE) target of 54%, so this is the company’s eventual target. “Right now the efficiencies of many green LED devices are still significantly below this so improving IQE is the focus of our development right now and while the DOE target is a way to go, we have that in our sights,” she says.

At the same time, work on process optimisation and yield engineering is also underway. The key goal for the partners is to fit the process to into a tier 1 manufacturing line, and as such, they plan to license the technology to large LED companies over the next two to three years.

As O’Brien adds: “We’re starting customer engagement next year, and LED manufacturing is a very established process so I would be disappointed if this isn’t in the market within this time-frame.”